PONTIANAK – Governor of West Kalimantan, H.Sutarmidji, S.H., M.Hum. calls recipients of the Decree of Recognition of Land Objects for Agrarian Reform (TORA) can get benefits. Decree of Recognition of Social Forests gives the chances for people managing the forest resources legally for 35 years. People can extend the legal document by the scheme of Village Forest, Community Forests, Customary Forests and Partnership of Forests.

"Congratulation for the recipients. Manage it well, please! I also ask Agriculture and Forestry Office to coach the people. Therefore, it can produce potential products for maintaning the environment.” he said.

Social Forests Program is conducted to increase the social welfare, especially the community with forest surrounding.

"As the data shown for Social Forests and TORA also Village Forests, the greatest number is in West Kalimantan. I seek the better one. The appropriate products from the land should be analyzed before the distribution of Decrees. The suitable habitat of Mangrove Coast are Crab and Trigona Honey. Therefore, in the next agenda, can be held the ceremonial planting at the decree distribution ceremony. It can be the sinergy of Gov't programs," he said.

Agrarian Reform Program, mainly in forestry sector, distributed to give legality to people for their housings and also the managed land at forest surroundings. Public facilities have been built by the existing of Land Object for Agrarian Reform through the Settlement of Land Ownership in Forest Area (PPTKH). 12,7 million hectares of National Target, the allocation Social Forests for West Kalimantan is ± 1.086.066 ha, issued by the Decree of the Minister of Environment and Forestry Number SK.2111/MENLHK-PKTL/REN/PLA.0/4/2020 on Revise V of Areal Indicative for Social Forests (PIAPS).

Meanwhile the TORA Program through the scheme of PPTKH has been distributed by President of the Republic of Indonesia at September 2019 to Seburuk I Rural Village community, Belitang Hulu Sub-District for 789 plots of land of ±410,61 ha according to Decree of Minister of Environment and Forestry Number SK.599/MENLHK/SETJEN/PLA.2/8/2019. Today, the Decree of TORA symbolically distributed to households in 25 Rural Villages at 5 Sub-Districts in Sekadau Regency ± 6.901,1962 ha according to the Decree Number   SK.255/MENLHK/ SETJEN/PLA.2/ 6/2020.

Therefore, there was Inventory and Verification (INVER) in 11 regencies toward Land Ownership in Forest Area. The Recommendation of Governor have been issued for 9 Regencies, 7 Regencies have been approved by Minister of Environment and Forestry, 4 regencies have done the demarcation and Decree has been issued for Sekadau Regency. We expect the Decree of Discharge of Forests for TORA can be issued this year.

"I am grateful that the submission of land can be done. Therefore, the certainty to managed existed. We don’t expect the problem in managing the land. By the issuance of the Decree, there is the legality, but selling and transfering to other is forbidden,” H. Sutarmidji stressed. 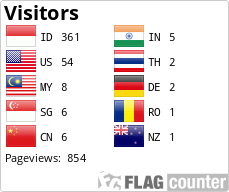